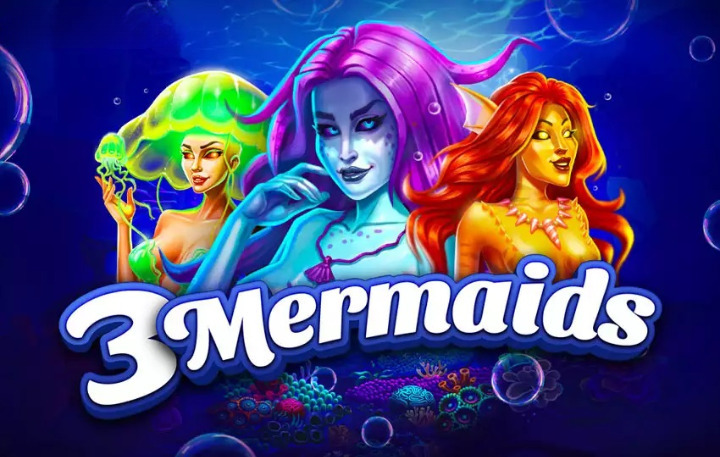 Mermaids have long been a staple of slot machines, frequently serving as the main protagonists, but this latest offering from Tom Horn goes a step further. The main characters in 3 Mermaids aren’t the typical female/fish hybrids; instead, they’ve been altered to reflect other marine species. Below is some information on how that functions.

Even though 3 Mermaids only features 3×3 reels, there are still 27 different possible winning combinations. While the RTP only increases to 95.07%, the maximum payout is a respectable 1,620 times the bet. The major characteristics of the slot machine are wilds, respins, and occasionally multiplier wilds.

You can play 3 Mermaids utilising the smallest wager allowed, which is $0.50. With each spin allowing for a bet of up to $100, higher wagers are also an option.

In this instance, a top payout of 1,620 times the bet is being promised. It’s far from perfect, and the 95.07% RTP that’s built in there could be one explanation for the modest benefits.

The mermaids will land stacked on the reels since they are significant to this situation. Each of them provides a unique added function, with multipliers and respins taking centre stage.

The Nudging Octopus Wild appears on the first reel. It is a stacked symbol that may be moved up or down until it completely fills the first reel. If a new winning combination is created as a result, it will act as a substitute symbol and replace all other normal symbols.

The Sticky Jellyfish Respin feature, which has its own stacking symbol that lands on the second reel, is available. It fills the entire reel and functions as a wild symbol as well. The second and third reels receive one respin, however the first reel is locked.

The third reel is where a Wild Shark Multiplier is activated. It gives a multiplier wild that increases wins by 2x using its own mermaid that lands on it.

They made the decision to set the reels in this case at the bottom of the ocean. There are only 3 regular-sized ones. The mermaids, three lovely young women or animals, should serve as the first symbol because they are all unique in their own special way. They come with octopus tentacles, shark tails, or jellyfish tendrils instead of fish tails. The last six symbols include shells, pearls, starfish, and other fish.

Overall, I’m happy with what 3 Mermaids has to offer. It’s a slot machine type that doesn’t involve many risks, and the payouts are more than sufficient.