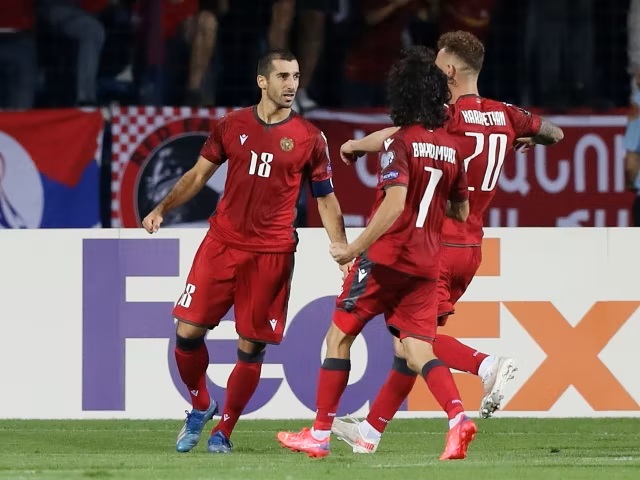 On Saturday, Armenia and Ukraine will square off in Group B1 of the UEFA Nations League.

If the hosts can win, they may be able to climb out of the bottom of the standings.

Armenia vs Ukraine Tips and Prediction

Armenia is in danger of being demoted back to the Nations League’s third division at the conclusion of the current season after earning back-to-back promotions to move from League D to League B.

Even though they defeated Republic of Ireland 1-0 in their debut encounter at the Vazgen Sargsyan Republican Stadium, three straight losses have dropped them to the bottom of Group B1, one point behind Ireland.

The match against Ukraine on Saturday in Yerevan, however, assumes added significance considering that they play Ireland away from home on Tuesday; a win would keep their destiny in their own hands travelling to Dublin next week, provided that Scotland do not lose to Stephen Kenny’s team over the weekend.

Avoiding relegation would help ensure that their FIFA World Ranking does not further decline, which could harm their seeding. As an independent country, they have never advanced to a major tournament.

The Mountaineers have actually dropped to 92nd in the world recently from their all-time high of 30th in February 2014, even though former Sevilla manager Joaquin Caparros has had a respectable influence since taking over in March 2020. While this was going on, Scotland, led Ukraine in Group B1 after defeating the Ukrainians 3-0 on Wednesday at Hampden Park.

Oleksandr Petrakov only managed three shots during the entire game, compared to Scotland’s 24, eight of which tested goalkeeper Anatoliy Trubin. The hosts appeared more dangerous throughout.

After 70 minutes, John McGinn of Aston Villa scored the game’s first goal. Substitute Lyndon Dykes then scored a quick-fire brace to ensure that Scotland avenged their 3-1 loss to Ukraine in a one-legged World Cup qualifying playoff in June.

In order for Petrakov’s team to have control over promotion to League A going into the rematch against Armenia in Krakow next week, they must defeat Armenia on Saturday and hope for Ireland’s favor.

With the missing two talented and experienced Ukraine players due to suspension, we can expect an successive match for the guest.

If they win on Saturday, their chances of getting promoted to the elite division of the Nation League ahead of the rematch the following week are kept alive. They are expected to relish playing with more freedom and attacking vigor than when they were held at arm’s length by Scotland in midweek.