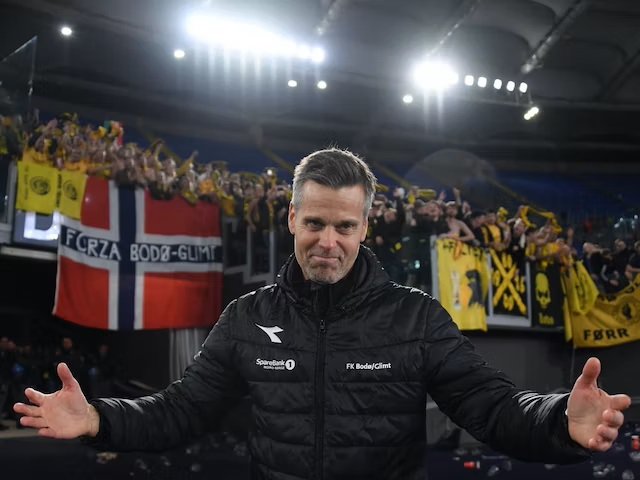 Bodo/Glimt will be welcoming FC Zurich to the Europa league on Thursday as they will be coming into this game off defeat from the opening day match in the Europa league this season. Previously, Bodo were able to secure a draw to PSV and Zurich lost to Arsenal are home .

Bodo/Glimt qualified for the Champions League after winning the Norwegian Eliteserien for the second consecutive year last year. They began by barely defeating KI Klaksvik in the first round before coming back from a first-leg deficit to destroy Linfield 8-1 on aggregate in their second match.

After defeating Zalgiris, Glimt moved within one two-legged match of reaching the group stage of Europe’s top competition. Dinamo Zagreb of Croatia stood in their way, and Amahl Pellegrino’s goal in Norway gave Glimt a 1-0 advantage going into the away leg.

This advantage was erased inside the first four minutes of the second game, and although Bruno Petkovic gave their opponents the advantage overall, Albert Gronbaek tied the game for Knutsen’s team in the 70th minute, necessitating extra time, which their opponents ultimately won with two more goals.

The result is that the Norwegian team is currently in the Europa League group stage. Their campaign started with a challenging journey to PSV Eindhoven, which concluded in a respectable 1-1 tie after Gronbaek scored first and Cody Gakpo equalized for the hosts.

Bodo/Glimt will attempt to capitalize on their promising start to the Europa League after a disappointing loss to Tromso that saw them slide to third position in their local top division.

In addition to competing in Champions League qualifying, FC Zurich has struggled through several rounds of European qualifying. They come in with the intention of earning their first points in the group stage.

The Swiss champions lost to Qarabag in the second round, 5-4 on aggregate, and were eliminated, but they then put on a dominant display against Linfield, winning 2-0 and 3-0 at home and away, respectively, to proceed to the Europa League elimination phase.

In what has been a difficult start to the domestic season, Zurich faced an unenviable opening group-stage match against Premier League leaders Arsenal. Despite Mirlind Kryeziu’s goal from the spot after Marquinhos’ early goal, Zurich would ultimately lose because Eddie Nketiah scored the game-winning goal for the Gunners on the hour mark.

The way FC Zurich has been playing so far this season is quite troubling, and despite their outstanding performance against Arsenal, we do not think they will have what it takes to prevail in Norway against the formidable Bodo/Glimt team.