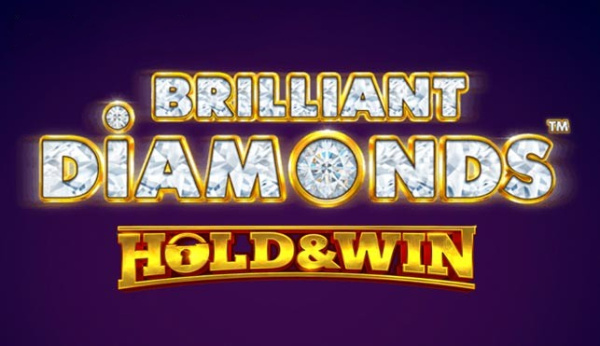 Brilliant Diamonds: Hold & Win should be wonderful news for people who enjoy a good luxury-themed slot machine. It’s hardly the most original iSoftBet offering, especially since they’re relying on the Hold & Win mechanic once again, but if players didn’t like it, they wouldn’t have added it to so many slots. Aside from the theme, we’ve discovered a game with respectable numbers, especially when considering its potential.

Brilliant Diamonds: Hold & Win will be a slot machine with the traditional 5×3 reels and 25 active lines. The top jackpot of 5,440x the stake makes it a viable option for players, especially when combined with the medium volatility and 96 percent RTP. The Hold & Win respins are the most prominent element, but there are also stacked wilds and random Diamond modifiers.

The slot’s maximum payout is 5,440 times the wager, which is rather good. It’s especially intriguing in a medium-volatility slot machine. The Grand Jackpot, which is worth 1,000x the stake and comes with a variety of other prizes during respins, is very worthwhile.

We’re looking at a long-term RTP of 96 percent, which is about typical, but that’s not a bad thing.

The stacked wild, a symbol that can be used as a substitution to create as many new combinations as possible, will be a big aid. It’s also possible to have up to 5 wilds on a line, which will make their own combo and pay up to 16 times the stake.

The Diamond Modifier can pay up to 20x your stake or give you rapid access to the Hold & Win respins if it is triggered at random.

Now we’re going to the major feature of the slot, the Hold & Win respins. These are activated when a certain number of Diamond symbols appear on the reels, and we’re looking at Gold and White versions with prizes. Respins begin when 5 or more similar Diamonds are visible.

Three respins are offered at first, which is a standard number for this type of functionality. Don’t worry, if you get more Diamonds to land, the respins will be reset, and you’ll only have three diamonds left. The initial symbols, as well as any new Diamonds, will be sealed. The feature expires when all of the reels are covered in Diamonds or when the number of respins is exhausted.

Each Diamond will be awarded a prize, which might be a normal prize or a predetermined jackpot (up to 1,000x the stake paid by those). The fact that the Gold Diamond has a 1x multiplier to add to the current total is an added bonus (both triggering and new Gold Diamonds will do this).

Brilliant Diamonds: Hold & Win has a nice design, especially when it comes to the top symbols. The regular Royals, as well as the blue-colored background image, don’t offer anything. However, there was still a lot of work to be done in order to make it a superb design.

The four highest Royals, from Jack to Ace, are among its symbols at first. Then we see photos of private jets, high-end watches, ice-cold champagne bottles, and limousines, all as status symbols. The Money symbols are represented by the image of a diamond.

Overall, I’ve discovered nice prizes to look forward to, as well as just moderate volatility, which may be enough to recommend Brilliant Diamonds as a slot worth investigating. The Hold & Win respins, on the other hand, aren’t that interesting, so the action isn’t all that different from what you’ve seen before.