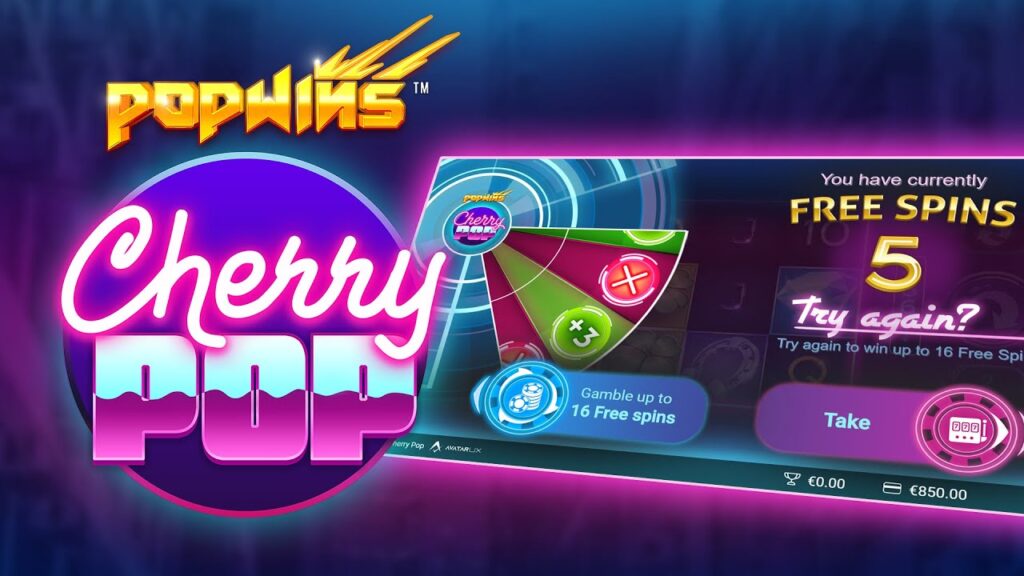 AvatarUX, a software company, is returning with a deluxe version of their 2020 product CherryPop. CherryPop Deluxe is the follow-up, and it’s a bit of a riddle to solve in certain ways. CherryPop Deluxe is a world away from its non-deluxe predecessor in terms of graphics, but it risks becoming stagnant, if not retrograde, in terms of features and statistics.

Visually, CherryPop was a rather simple affair, since AvatarUX employed the fruit concept in a nice neon approach. In comparison, CherryPop Deluxe is like being hit in the face with an Andy Warhol painting. This is like travelling through time to a groovier, more experimental era, where anything goes. AvatarUX’s creative team has created a collection of eye-catching Pop art visuals that are on par with, if not better than, those seen in MonkeyPop. For contrast, ELK’s Dream Diver was a game with a similar vibe. Both games are set in a similar era of unrestricted self-expression. So far, so opulent.

As before, the action takes place on a game grid with a 5-reel, 3-row alignment at the start of each basic game spin. Three or more matching symbols in neighbouring reels starting from either the left or right side of the grid result in a win. When looking at the more mundane, but no less important, items like numbers, things slow down slightly. The RTP has decreased slightly, now standing at 95.96 percent versus 96.14 percent in the original, but volatility has remained strong. Because the bet limits are the same, ranging from 20p to £/€40 every spin, the maximum win figure must have the highest numerical potential.

This implies there are 486 ways to win at first, but because the grid can grow, so can the number of ways to win, thanks to the PopWins feature described below. The low-paying symbols are 9-A card royals, which are worth 1.2 to 1.6x the stake for a five-of-a-kind win, while the high-paying symbols include grapes, watermelons, oranges, horseshoes, four-leaf clovers, bells, diamonds, and cherries. A payment of 2.5 to 14 times the bet is possible if you land five high payouts. There are no wilds or scatters in CherryPop Deluxe.

Players must rely on the PopWins feature to activate the bonus round in the absence of a scatter symbol. When a winning manner appears, PopWins removes the winning symbols and replaces them with two new symbols. If this results in another win, the feature will be activated once again. In the base game, the reels can be as high as 6 symbols high, with a total of 15,552 chances to win. Free spins are earned if all five reels grow to a height of six spots.

Bonus Spins: Players can choose to gamble their free spins or move straight to the bonus round by accepting the starting level payouts before they begin. To gamble, you spin a wheel, which will either move you to a higher level of free spins or cause you to lose them all.

The following are the several levels and their rewards:

There’s also a chance the wheel could come to a halt on a rare golden segment, which can offer up to 12 free spins on the first wager and up to 16 on the second. When the free spins feature is activated, the reels can now reach a height of 9 rows, with a total of 118,098 ways to win. Reels are reset to the lowest reel height attained on the preceding spin, not to the beginning size, between free spins. A progressive win multiplier is also used in the bonus round. The multiplier starts at x2 and goes up from there.

Following PopWins, the value grows by +1. If all reels make it to 9 rows, you will be awarded +2 free spins, the multiplier will be enhanced by +4, and PopWins will continue to increase the multiplier by +4.

It was the studio’s third PopWins game, and it was considerably different from the previous two. Although radical may seem an odd term to use to describe a fruit-themed slot, PopRocks and WildPops were steeped in an Asian-influenced fantasy, which seemed to be AvatarUX’s self-carved niche at the time. Since then, and a slew of PopWins releases later, AvatarUX has dabbled in a variety of themes while toying with arithmetic and features, before returning to CherryPop Deluxe in a roundabout way.

It looks fantastic, combining a variety of diverse themes into one. The 1970s, disco, Sesame Street, The Rolling Stones’ lips logo, pop art, and comic books are just a few examples of references we can think of off the top of our heads — in other words, an experimental free for all. AvatarUX’s creative juices have been flowing lately, and the presentation of their games has improved. So much so that the theme and execution feel as though they’re abandoning feature development, and the creation of new gameplay concepts has slowed slightly in comparison.

CherryPop Deluxe is a beautifully designed game that marks yet another exciting step forward in AvatarUX’s progress. Some may doubt the ‘deluxe’ label, which is understandable given the loss in RTP and potential. However, these concessions do not detract from CherryPop Deluxe’s ability to provide a pleasurable sensory experience.