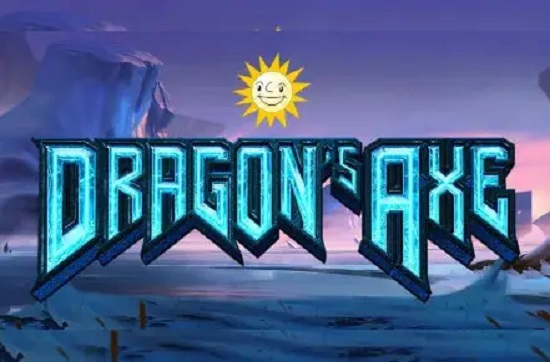 Dragon’s Axe takes us on a journey, which has proven to be successful in the past for many slot machines. Merkur is the developer of Dragon’s Axe, which is now available at online casinos. It manages to give a couple of acceptable elements to go with the rest of the game’s fantasy-inspired design, which uses Viking warriors and dragons as its heroes and adversaries.

Dragon’s Axe features 6 reels and up to 4,096 different ways to win. Thanks to wins of up to 20x per combo, the potential appears to be rather good (and there are a lot of potential wins). It also mentions a 96 percent RTP, so it’s a reasonable choice. Warrior Wilds, as well as Trigger symbols, free spins, respins, and scatters, are among the game’s features.

Starting the slot is simple; you only need to invest between $0.10 and $5 for each of the game’s rounds.

In exchange, you can play with up to 4,096 chances to win, each of which has the potential to pay out up to 20 times your investment (Dragon’s Head symbols). It won’t be easy because you’ll need to combine six of them, but there’s a chance you’ll be generously compensated.

The RTP is 96 percent, which is exactly what you’d expect.

Features of the Dragon’s Axe Slot

You’ll notice that not all of the reels are unlocked when the game begins. Shields block specific spots, thus the first five reels have 3-4 symbols and the sixth column has 1-4 active symbols. There could be anywhere from 648 to 4,096 ways to win.

Warrior Wilds can appear on reels 2-6 and act as substitutes from there. For the base game rounds, they come in conventional form.

It’s as simple as getting a Double Axe sign to appear to unlock the respins. It will demolish random Shields, allowing you to unlock more spots before triggering a re-spin.

The additional feature will be triggered by a single Axe, which is a trigger sign. However, you must first acquire three of these Viking Axe icons. For this mode, stacked versions of the wild will be available.

Using the three Viking Axes you already have, you destroy shields during free spins. New Battleaxe Scatters will also drop a Viking Axe, allowing you to remove shields and expand the playing area. You can only get 9 of these Viking Axes in total.

Given that at least some of the inspiration for Dragon’s Axe originates from the Viking realm, it’s not unexpected that the backdrop image of this slot features so much snow and ice. On both sides of the playing area, there are frozen longboats behind the reels and a few of sturdy stone pillars for support.

We can see 24 symbols organised in 6×4 spaces in the gaming area. From 10 to A, the five least valuable symbols display Royals. The rest depict a bow, armour, dragon eggs, a dragon’s eye, a dragon’s head (top symbol), a Warrior Wild, and a Viking Axe, among other things (collected when it lands). The Battleaxe Scatter and a Stacked Warrior Wild are two additional symbols from the game’s features.

Overall, Dragon’s Axe appears to be alright, but don’t expect anything that will change your mind about slot machines. Some of its excellent characteristics include its decent features, mediocre graphics, and RTP, which have a lot of promise.