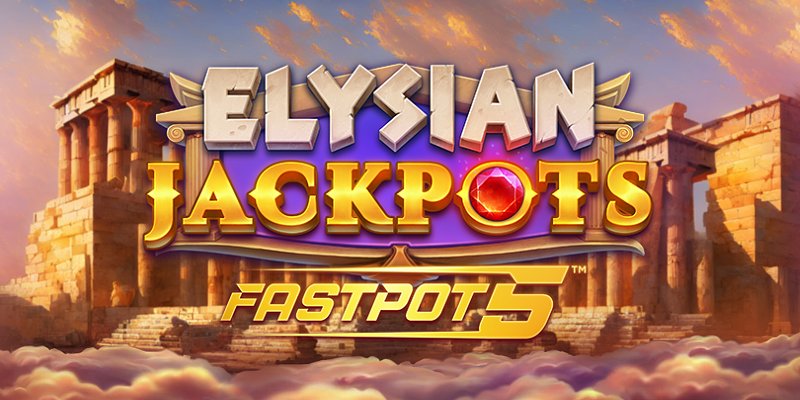 Elysium, also referred to as the Elysian Fields, was a concept in Ancient Greek mythology representing a paradise where only the bravest and most virtuous heroes and those chosen by the gods could go after death. This place is a beautiful island where the ocean breeze blew, and flowers of gold shone bright, and it was said to be free from sorrow. In the Elysian Jackpots slot game by Yggdrasil Gaming, players can experience the mythical paradise through a progressive jackpot feature that includes five different jackpots to win. The game also consists of a Pick ‘n Click game, Jackpot Free Spins, and a Treasure Chest Bonus Game for even more chances to win.

If you are interested in Greek mythology, the Elysian Fields, also known as Elysium, is likely a place you would love to visit. This paradise was said to be a place of beauty and wonder where the bravest and most virtuous heroes and those chosen by the gods could go after death. Yggdrasil Gaming has captured this majesty in their slot game, Elysian Jackpots. The game features a stunning backdrop of temples, columns, lush vegetation, and clear blue skies, evoking the grandeur of Ancient Greece. The symbols and reel area may seem a bit out of place compared to the background, but the ethereal music helps maintain the sense of mystery and otherworldliness.

Elysian Jackpots features a 5-reel, 3-row gaming area with 20 paylines for players to land winning combinations. With low volatility and a non-jackpot maximum win of 1,265 times the bet, the game has a total return to a player value of 96%. A portion of each wager is used to feed the progressive jackpots, with the probability of winning the jackpot being proportional to the size of the player’s bet. The game allows for stakes ranging from 10 p/c to £/€40 per spin.

In Elysian Jackpots, players can win regular line prizes by landing three or more matching symbols on consecutive reels starting from the left across a payline. The game’s low-paying symbols are plant-covered metallic letters J, Q, K, and A, which pay 6.5 to 10 times the bet for five of a kind. Higher-paying symbols include rings, chalices, and male and female characters, which pay 37.5 to 200 times the stake for five of a kind. The game has a hit rate of 28.09%, but there are no wild symbols to help players create winning combinations. During testing, it was noted that wins might be more complex.

At the start of a session in Elysian Jackpots, six keys of five different colours are placed in slots below the reels. Players can collect five keys of the same colour to earn ten free spins and 1 Jackpot Gem. The game also includes scatter symbols and three other features: the Pick & Click Game, Jackpot Free Spins, and the Treasure Chest Bonus. These features allow players to win prizes and unlock special features.

In the base game of Elysian Jackpots, the shield scatters symbol can appear anywhere on the reels. Landing two scatters triggers the Pick & Click Game. If at least three scatters appear, they spin to award the Treasure Chest Game or free spins. Landing four or five scatters awards an additional prize of 50x the bet or 500x the bet, respectively. These scatters allow players to trigger special features and win extra prizes.

The Pick & Click Game in Elysian Jackpots is activated when two shields scatter symbols appear on the reels. A total of five vases appear on the screen, and players can choose one to reveal a prize. The chosen vase can contain a cash prize of 1-4 times the bet, free spins, the Treasure Chest Bonus, or one random key. This feature allows players to win additional prizes and trigger other special features.

The Pick & Click Game in Elysian Jackpots is activated when two shields scatter symbols appear on the reels. A total of five vases appear on the screen, and players can choose one to reveal a prize. The chosen vase can contain a cash prize of 1-4 times the bet, free spins, the Treasure Chest Bonus, or one random key. This feature allows players to win additional prizes and trigger other special features.

Free spins in Elysian Jackpots can be triggered through the Pick & Click Game or by collecting five keys of the same colour. In the course of free spins, all wins are multiplied by x3. Players also have the chance to win one of the game’s five progressive jackpots, which are coloured Blue, Green, Violet, Red, or Orange and have starting values of €40, €200, €600, €1,500, or €15,000, respectively. Players must collect five gems of the same colour to win a jackpot. These jackpots can be won in addition to regular wins and can be lucrative.

Many types of progressive jackpot games are available, ranging from high-stakes games like Mega Moolah and Dream Drop to lower-stakes games like Elysian Jackpots. This game features low volatility, a relatively high default return to player value, and a specific set of features that might appeal to players who enjoy being kept busy as they spin the reels. Players who enjoyed other games with similar characteristics, such as Jackpot Raiders and Frost Queen Jackpots, might also enjoy playing Elysian Jackpots. The competition gives punters a chance to win one of five modest jackpots, which can be pretty rewarding.

While testing Elysian Jackpots, it was observed that bonus rounds were triggered frequently but often had relatively low returns. It was also noted that it felt like there was a pattern to picking chests in the Treasure Chest Bonus round, similar to a memory game where lights light up, and players have to press coloured buttons to recreate the sequence. This was found to be mildly amusing, although it is essential to note that there is no set pattern to picking chests in the game.

The Pick & Click Game in Elysian Jackpots is a fun feature that allows players to win prizes when scatter symbols appear on the reels. It is occasionally possible to trigger a bonus round through this feature. While the progressive jackpots in this game may not reach the same heights as some other games, the seed values for the jackpots are not too low. For example, the Orange Jackpot has an expected payout of around €30,000. This game aims at players looking for a more modest jackpot rather than the massive payouts that can be won in games like Mega Moolah.

Different players have different preferences regarding jackpot games, and while some may prefer to chase the biggest prizes, others may be content with more modest payouts. Elysian Jackpots might be a good option if you fall into the latter group. The game offers dynamic gameplay and the chance to win one of five progressive jackpots. While it is not the most exciting jackpot slot on the market, and many aspects of the game are average, it could be worth giving it a try if you come across the version with the highest return to player value. Ultimately, whether or not this game is a good fit for you depends on your preferences and what you are looking for in a jackpot game.