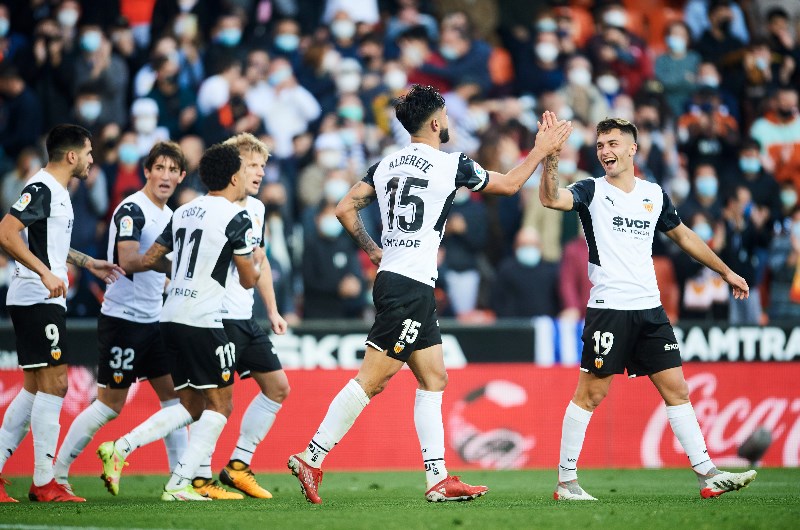 A lot is expected by fans when FC Cartagena hosts Valencia at Cartagonova stadium on 5/01/2022 for a Copa del Rey clash. Valencia made it to this point cutesy of a fantastic extra time display against one of the Segunda Division strugglers. Arenteiro kept the scoreline at 1-1 up to the ninetieth despite going down in the first minute of play. Cartagena eased two past Castellion to make it to this point. Read our review to get the gist of what will happen when the two teams clash.

Our best picks for FC Cartagena vs. Valencia CF clash

The stage is set for two teams with similar ambitions. FC Cartagena and Valencia CF occupy the eighth positions in their respective leagues. Cartagena comes to this fixture with a record of eight-match unbeaten matches. They beat current Segunda Division pace-setters (Almeria) to send a message of their intention. Valencia CF suffered a major setback after taking the lead up to the 83rd minute against Espanyol.

The hosts found the back of the net in all five of their last games. The visitors also scored in each of their last five games in all competitions. The visitors did not keep a single clean sheet in five of their previous games across all competitions. Cartagena kept opponents from scoring on two occasions from the last five encounters. We, predict that there will be goals for both teams when FC Cartagena meets Valencia CF.

The visitors have gone for five away games without losing in the league and cup. The hosts are also on four undefeated games at home. This clash will get complicated because the visitors have a tough match on 08/1/2022. Valencia may preserve the first eleven players to face this season Laliga pace setters. There is a possibility for a draw outcome in this clash.

Valencia is set to meet four teams that are above it in the league in close succession. Valencia will play Real Madrid, Sevilla, Atletico Madrid, and Real Sociedad. The manager might preserve key players to compete for the top four positions in the league instead of risking them in the cup tie. This will present an opportunity for the hosts to play against average players. The manager may go for the youth team to make the squad face Cartagena. The implication of that move will be a balanced team. We predict that these teams will share points.