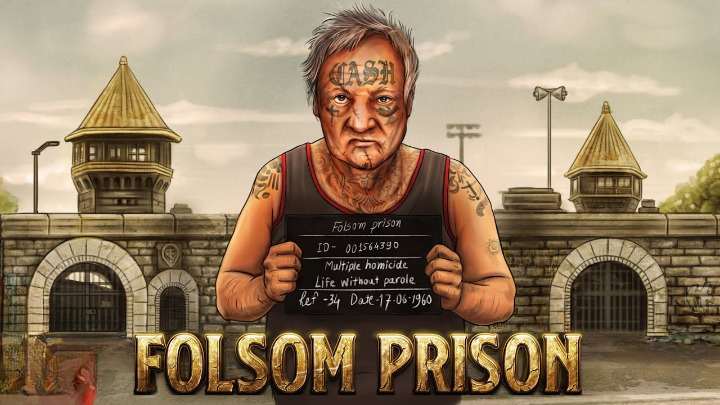 Nolimit City is returning for round two, as if developing a slot based on one of the world’s most ominous penal facilities wasn’t enough. This one is based on Folsom State Prison, which was founded in 1880 and was the first prison in the United States to get electricity (after San Quentin). Two concerts by Johnny Cash, as well as a song he wrote called “Folsom Prison Blues,” helped put Folsom Prison on the map.

To release whatever symbols are beneath, the remaining locations must be unlocked. When a wild, scatter, xSplit, or xWays symbol lands on a reel, it expands the closest positions above and below it. The grid can be enlarged to a maximum size of 4-6-6-6-4, with 46,664 active ways.

The next step is to choose a wager between 20p and £/€100 each spin, as well as whether or not to use the xBet feature. Turning on the Toast Bet costs an extra 20% and ensures a scatter symbol appears on the second reel. The game has two RTP settings: 96.07 percent and 94.01 percent, respectively. The volatility has been classified as… ‘insane’ in both cases, which comes as no surprise when dealing with NLC. Matching symbols land in consecutive rows from the leftmost side with a frequency of 22.62 percent, and the maximum win potentially occurs once every 6.5 million game rounds.

Take a deep breath before proceeding if you don’t like creepy crawlies, for Folsom Prison has a lot of them. To begin, scatters appear on the middle two rows of reels 2-5 in the basic game and only on reel 5 in the Walk the Line Bonus. In the base game, landing two scatters on reel 5 unlocks the middle two rows. They change into an xWays, xSplits, wild, or Cockroach Nest Wild symbol if exactly two scatters appear. The Walk the Line and The Chair bonus rounds are triggered by landing three or four scatters in the base game, respectively.

xWays can land anywhere and change into 2-4 identical symbols, giving you more chances to win.

On reels 2-5, xSplits appear in the middle two rows. They split the entire row they fall on, multiplying the number of symbols that can be paid. The xSplits then split into two wilds. Split scatters offer an extra free spin when a bonus round is triggered, while split Cockroach Nests boost the multiplier by one.

Cockroaches have a starting position that quickly transforms into a wild state. Then they walk across the reels, multiplying whatever symbol they come across. They open up and become active when they walk over locked locations.

Cash’s presence may be felt throughout the slot at Folsom Prison. Folsom Prison is a bluesy rock, leaning towards punk in free spins, number through and through. It has a bleak appearance. Nolimit has used a sepia wash to give the game a dismal, end-of-the-line tone. The colour palette has a hint of Mental’s influence, though Folsom Prison isn’t quite as scary as that game. The mood is still somewhat intense, and while Folsom Prison isn’t technically in the Wild West, it does have a similar ‘anything goes’ attitude that Nolimit City is known for.

The atmosphere is as bleak as it gets, and the confined grid can feel confining, but this is Nolimit City, so when Folsom Prison gets going, it’s an amazing riot, albeit one with a bug infestation.