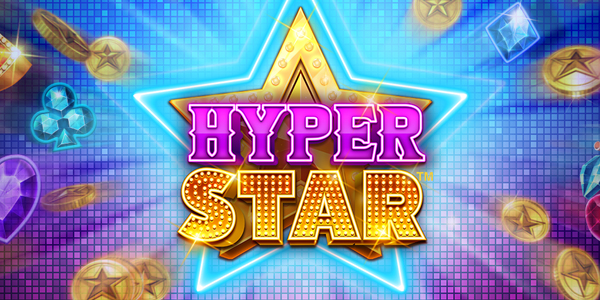 In the coming months, Gameburger Studios will produce a new slot machine in conjunction with Microgaming. It’s called Hyper Star, and it’ll contain a variety of popular elements from the last couple of years to suit the needs of veteran gamers with enhanced volatility.

With its 5×3 reels, Hyper Star offers 243 chances to win. You can utilize them to claim up to 7,250x your stake in a single round, but bear in mind that, although having a 96.05 percent RTP, it has a high volatility. Expect to see wilds, scatters, multipliers, free spins, and cascading reels among the game’s features.

The complete betting range for the slot starts at $0.20 per spin and goes up to $40 per spin.

The top prize in Hyper Star is worth 7,250 times the stake you put in for the round. It’s a best-case situation, and it’s not likely to happen, especially in such a volatile slot. Even though it has an RTP of 96.05 percent, it is still considered a fair game.

The wild symbols can only appear on three of the five reels. These come in the shape of a star and can be used to replace symbols and create new winning combinations.

The power to substitute is useful, but there’s more that the wild can do. You’ll notice that the game collects them as they appear, and there’s a chance that the jackpot feature will activate at the end of the spin. It allows you to win up to 5,000 times your bet (Grand Jackpot), with two lower options also available (Major and Minor).

As is customary, you want the free spins to start because that’s when the game pays out the most. When three or more scatters appear on the screen, you will be awarded 8 to 32 free spins. Using the same scatters, you’ll be able to retrigger the free spins. The primary benefit is that the multipliers can now reach 15x, which is three times what they can accomplish on standard spins.

The motif is based on the flash and glam of Las Vegas, as evidenced by the emblems. The sleek design is one of its selling points, although it is otherwise unremarkable. On the left side, there is a jackpot ladder, and the 5 reels are filled with a variety of symbols. The four-card suit insignia, which are constructed of jewels, are the starting point. The Chip, a Bell, a Dollar Sign, and the Seven are among the gambling-related icons. Stars will act as wilds, while the Free Spins logo will act as a scatter.

Hyper Star is a decent game that could be a good fit for a gamer searching for something to do. Make sure you pick a Microgaming casino with a maximum RTP of 96.05 percent; any other amount is far too low to be considered.