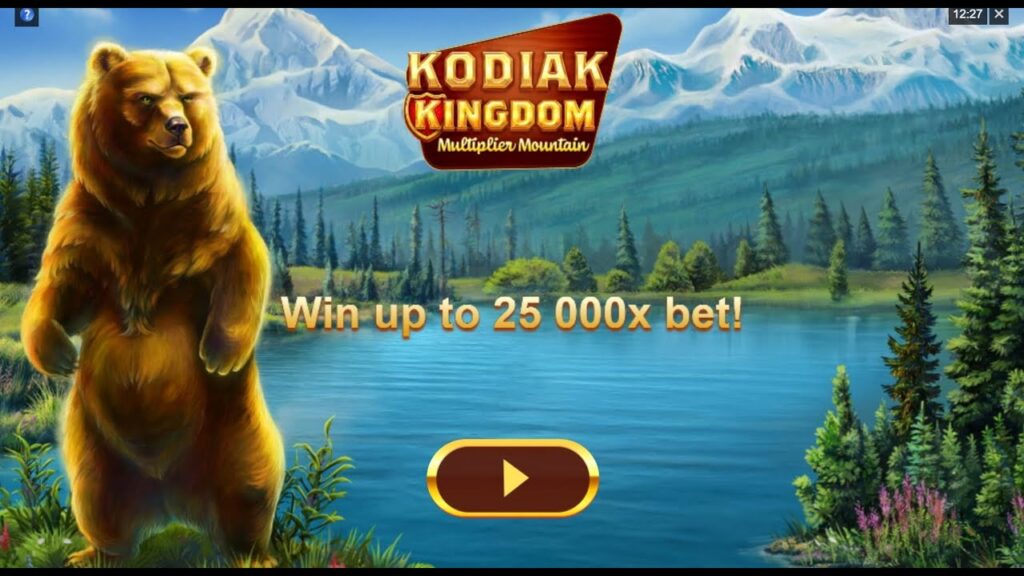 Kodiak Kingdom will be a wildlife-themed game with a focus on the Kodiak bear, which is endemic to Alaska. You’ll find a game with fantastic rewards, great features, and a larger playing space. Overall, it demonstrates that Microgaming has been paying attention to what players desire and has been extending their portfolio of high-volatility real-money slots.

You’ll get 6×4 reels, which is large enough to allow you to construct up to 4096 combinations in a single spin. You can win up to 25,000 times your bet, and while the slot’s strong volatility makes it difficult, it is feasible. I also liked the fact that the Return to Player is high enough at 96.20 percent. We’d point out the game’s two wilds, one of which applies a multiplier, as well as scatters and free spins.

You can begin playing right away once you’ve decided on the wager you wish to employ. The minimum bet amount is $0.20, while the maximum bet value is $10.

The biggest jackpot in Kodiak Kingdom, like many other games, will be worth a maximum of $250,000. That’s a 25,000-to-1 return on a single spin, which is indicative of a high-volatility slot machine.

When you spin the reels of a slot like this, you’re taking a lot of risks, but don’t worry, it’s not attempting to trick you; it’s just designed to shift more risk to the ordinary player so that a select few can claim large payouts. RTP is still at 96.20 percent, which is exactly where you want it to be.

On the reels of Kodiak Kingdom, you may expect to see two separate wilds. Both act as stand-ins, but one of them will increase the multiplier by 1x for all wins. Regular wilds will appear on all five reels, while multiplier wilds will only appear on the second and third reels. What’s more, the multipliers will raise all wins, not just those from winning combinations produced with their assistance.

Free spins are also available, and they are triggered in the same way, with scatters appearing 3 to 6 times in view. You can get anything from 10 to 30 free spins depending on the exact quantity of scatters. If you get 1 to 6 scatters to retrigger the game, you’ll get 1 to 30 extra spins.

You have a rising multiplier throughout these spins, which increases with each new Multiplier Wild that lands. It will not return to 1x after each spin, as it does in the main game, thus it will only increase while you are in free spins mode.

It’s a nature theme, which isn’t out of the ordinary. We’ve seen the Kodiak bear as the star in other slots before, so there’s nothing out of the ordinary here. The beauty of Alaska contributes to the game’s enjoyment, as you can view the region’s gorgeous mountains, forests, and rivers in the background image.

There are a variety of symbols on the reels, including the low-paying Royals, as well as representations of Mountain Lions, Elk, Birds, and Fish, with the Bear as the highest symbol. There are also wilds and scatters with logos to represent them.

With its large payouts and amazing features, Kodiak Kingdom is a slot machine that everyone should try. Keep in mind, however, that this is an extremely volatile release that is not recommended for novices.