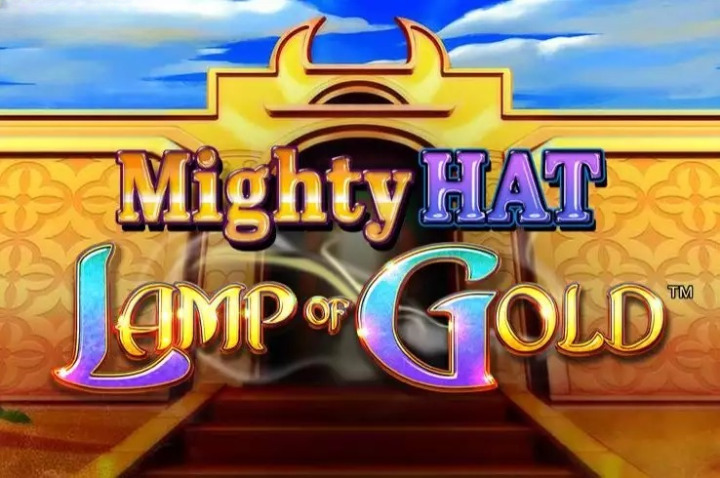 Mighty Hat Lamp of Gold is one of many new Playtech slots set to be released in the coming months. The style of the buildings used, as well as the title itself, indicate that it will be a slot machine with an Arabic-inspired design (the lamp reference, which reminds us of the genie that grants wishes).

Mighty Hat Lamp of Gold will be a 5×3 reel slot machine with 243 ways to win. There are a few other chances to win large, but the Grand Jackpot sticks out because it is worth 1,000 times the bet. Lamp Wilds, Palace scatters, respins with multipliers, a Treasure Chest bonus, free spins, and the Mighty Hat special spins are among the many features offered.

Mighty Hat Lamp of Gold features 243 ways to win, up to 3x multipliers, and fixed jackpots for up to 1,000 times the bet (Grand Jackpot). With this real money slot, there are numerous chances for a player to strike it rich.

Features of the Mighty Hat Lamp of Gold Slot

Lamp Wilds will come in the game in two variations: standard (blue) and special (gold). These are the standard substitutions that can be used in conjunction with ordinary symbols to produce winning combinations. These can’t be used in place of the Stone or Palace symbols.

With the Special Lamp on the reels, you may be able to trigger a huge feature (respins, Mighty Hat, Treasure Chest, or free spins). This is a symbol that can appear on the third reel.

You only receive a single round if you use the Respin feature from the Special Lamp. Some of the reels on the slot machine will be sticky, while the remainder will respin. A 2x or 3x multiplier can be applied to the winners from this respin.

The arrival of the Special Lamp can also result in a Treasure Chest bonus. It reveals a prize, which may be one of the fixed jackpots, smaller cash prizes, or one of the other features.

The free spins are also triggered by the Special Lamp and last for 5 rounds. The player will receive extra free spins, cash prizes, or fixed jackpots if they land Palace scatters on the reels.

Finally, there’s the Mighty Hat extra game, which can be triggered by the Special Lamp. This feature contains 9 unique spins for you to experience, with the position of the triggering Special Lamp marked with a golden border. Getting Stones to land will give that location a silver border, which can be upgraded to golden if a second Stone appears. When a Stone appears in a Golden Border position, it transforms it into a Red Border position. When three Stones appear at the same time, you’ll get extra special spins.

Each Border will earn you a prize as the feature expires. The Grand Jackpot is the best one that can be won from a single position.

Hat of the Mighty The Middle East is referenced in the Lamp of Gold slot, and the lamp itself gives it away before you even see the design. In the background, there are the walls of an Arabic city, with sand visible on the sides. Regular and special Lamps, Stones, a Palace scatter, as well as a number of decent regulars, are among the symbols they chose. The symbols with the Princess, Boy, Tiger, Ring, and Magic Carpet are the best. The other six are standard Royals, numbered 9 to A.

The Mighty Hat Lamp of Gold slot machine appears to be a legitimate release, with good graphics and a big number of features. The difficulty is that most of its capabilities are activated by the same Special Lamp sign, so you may have to wait a while to see everything it has to offer.