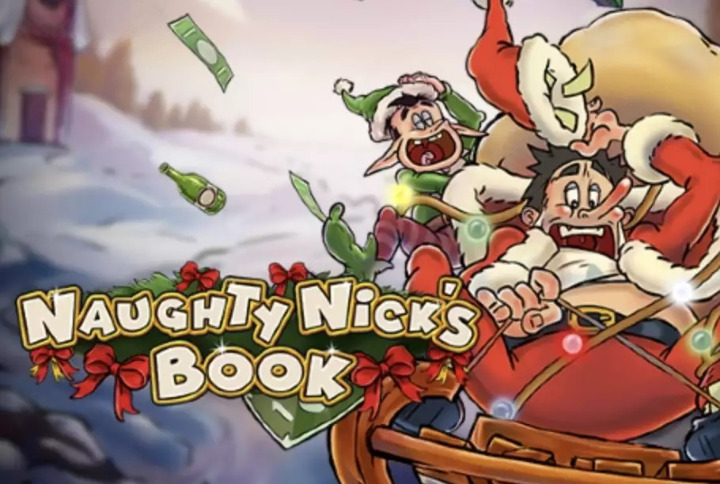 When Play’n GO studio released this slot, the Naughty Nick’s Book, there were issues with supply and chains that negatively impacted economics globally. However, the Christmas-themed slots dint suffer from such challenges because of their insatiable entity that enables the developers to keep releasing new slot reskins and clones every time. But what makes the Naughty Nick’s Book slot different from the rest, like Scroll of Dead?

Any player will note the cheeky cartoon look about this slot, unlike what’s on UK magazine pages. The Naughty Nick’s Book is humorous and bold, with the fire roaring next to a decorated tree and snow falling outdoors. However, the artwork is not current, as the slot has a slightly old-fashioned look which the developer used knowingly.

Naughty Nick’s Book takes place on a grid with five reels and three rows with 1 to 10 payines. Its RTP is 96.28%, similar to that of Scroll of Dead. It’s a highly volatile slot with a 9 out of 10 rating with a higher-than-average potential for a ‘Book Of’ style of 7,500x the bet. The reels of this slot can expand to 6, where the 6th reel is ever locked until free spins trigger. A player has to bet with 1 p/c to 100 euros per spin using a phone, laptop, tablet or desktop.

Naughty Nick’s Book also has symbols across the 1-10 paylines. A player must have matching symbols on the first left reel to the right on adjacent reels to win. The low pay symbols are 10-A cards, worth 10-12.5x the bet for a five-of-a-kind.

The high-pay symbols are Rupert the rascal, Naughty Nick, Eric Elf and Rude-Olf, worth 50-500x the stake for a five-of-a-kind. However, when the 6th reel opens up, the low pay symbols will pay 15-20x while the high pays 100-750x the bet for a six-of-a-kind.

The features of Naughty Nick’s Book are easy to understand and use. One of the outstanding features of this slot is the book symbol which is also the wild and scatters symbol. When the book symbol acts as the wild symbol, it can substitute all the symbols in the slot except the expanding symbols. If three or more scatters land, it triggers the bonus round when the 6th reel is unlocked and rewards eight free spins.

When the free spins round begins, one pay symbol is randomly selected as a special expanding symbol. The chosen symbol can create a winning combination on non-adjacent reels. If it forms a win, the chosen symbols expand and cover all the spaces on their reels and pay across all active lines.

This slot also has a gamble feature that lets players bet on wins formed during the base game. To do this, players must select the color or suit of a hidden playing card. Betting can be done five times in a row and doesn’t affect the RTP.

Even though Naughty Nick’s Book slot is a reskin, it has worthy features that pay well. It’s unlike the Scroll of Dead, which was not a revolutionary ‘Book Of’ slot as it doesn’t have better tweaks to create the attention of enthusiasts of such a style.

The Naughty Nick’s Book is more of the ‘Bad Santa’ slots which carried the day when it was a new release. It’s a slot that will enable players to earn money while enjoying the soundtrack and the cheeky setting full of snow and fire. What’s unique about this slot is the expandable 6th reel which unlocks to provide a winning potential. The maximum win of 7,500x the bet is also capable of earning more than the Book of Dead.

Naughty Nick’s Book is perfect for those looking for a Christmas-themed slot with an expandible reel. It’s entertaining and allows players to earn more while giving them a different experience from the other slots. What’s good about it is that it’s easy to understand and play, increasing the chances of winning.