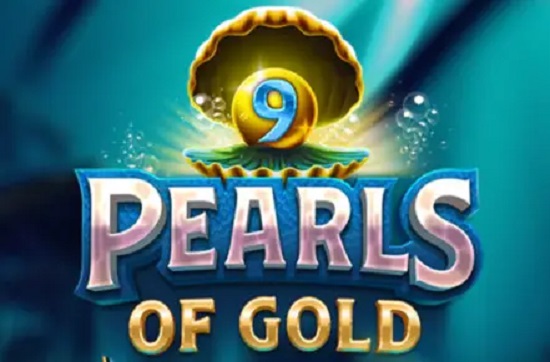 Pearls of Gold is a brand new slot from Stakelogic that doesn’t have a fully unique theme or any unique features that no one has heard of, but it still manages to be a good alternative that will appeal to a wide range of gamers. Poseidon, his queen, and two princesses appear to be the major characters in this story that takes us to the depths of the ocean.

Pearls of Gold will have 5×3 reels, which is the standard configuration for most current slot machines, as well as 25 paylines. It looks fantastic even before you examine at its features, with an RTP of 96.20 percent, medium/high volatility, and plenty of multipliers to take you beyond the ordinary wins of up to 2,500x the stake. These come with multipliers thanks to the avalanche function, as well as scatters that award jackpots and free spins with up to 10x multipliers.

You can cover the entire gaming area with just $0.25 if the stake is applied to all 25 paylines. However, you could wager as much as $50 per spin ($2 per line).

Pearls of Gold appears to have a lot of potential, but because Stakelogic didn’t disclose the cap in its case, it’s hard to say where the cap is. Regular wins in the base game pay up to 2,500x the stake on their own, or up to 12,500x if the avalanche multipliers are set to their maximum. There are also fixed jackpots of up to 300x, which can be multiplied by free spins multipliers to reach a maximum of 3,000x. Those same multipliers appear to be capable of increasing base game victories even more.

In terms of risk, you’re looking at a game with a medium/high level of volatility, so prepare for the worse even if you’re hoping for the best.

The RTP is part of a range, with 96.02 percent being the maximum setting. It’s a slot worth pursuing at that exorbitant price.

Features of the Pearls of Gold Slot

The Avalanche (or cascading reels, bursting symbols, etc.) is a common slot machine mechanic that has appeared in hundreds of machines throughout the years. It functions in the usual way here, deleting winning combos and allowing new symbols to take their place. The multiplier increases by 1x with each Avalanche until it reaches 5x. Before the following spin starts, it resets.

The Starfish Wild is a feature symbol that appears on the reels and is used as a substitute most of the time. There’s a chance that multiple of them will line up on an active line, paying you directly, and their payouts will match the top symbol’s.

The Pearl of Gold is a scatter symbol that can be used to win cash. Even if you get numerous avalanches in a single spin, all Pearls will contribute. During paid spins, prizes range from 1x to 300x the bet if 3 to 9 Pearls are collected. Fortunately, avalanche multipliers can help increase its worth.

However, the free spins are the primary attraction. Special scatters are required to gain access to them, with at least three appearing in a single spin (multiple avalanches can contribute). The Wheel will then spin to determine how many free games you will receive (up to 15) and what kind of starting multiplier will be applied (2x to 6x possible initially, but through avalanches, they go as high as 10x).

If we evaluate the slot machines that have Poseidon as the main figure, Pearls of Gold appears to be a rather standard release. In the background, we see some type of underwater metropolis, and the major symbols on the reels are Poseidon, his Queen, and two princesses (blonde and purple hair). They chose a unique set of Royals, incorporating letters from the Greek alphabet (Alpha, Omega, Theta, etc). Special emblems include a golden pearl, the Pearl logo, and a Starfish Wild.

If you want a bit of a challenge and want to take use of a lot of powerful features, Pearls of Gold is a great pick. There is no mention of how much the game can pay, but it appears to have a lot of promise.