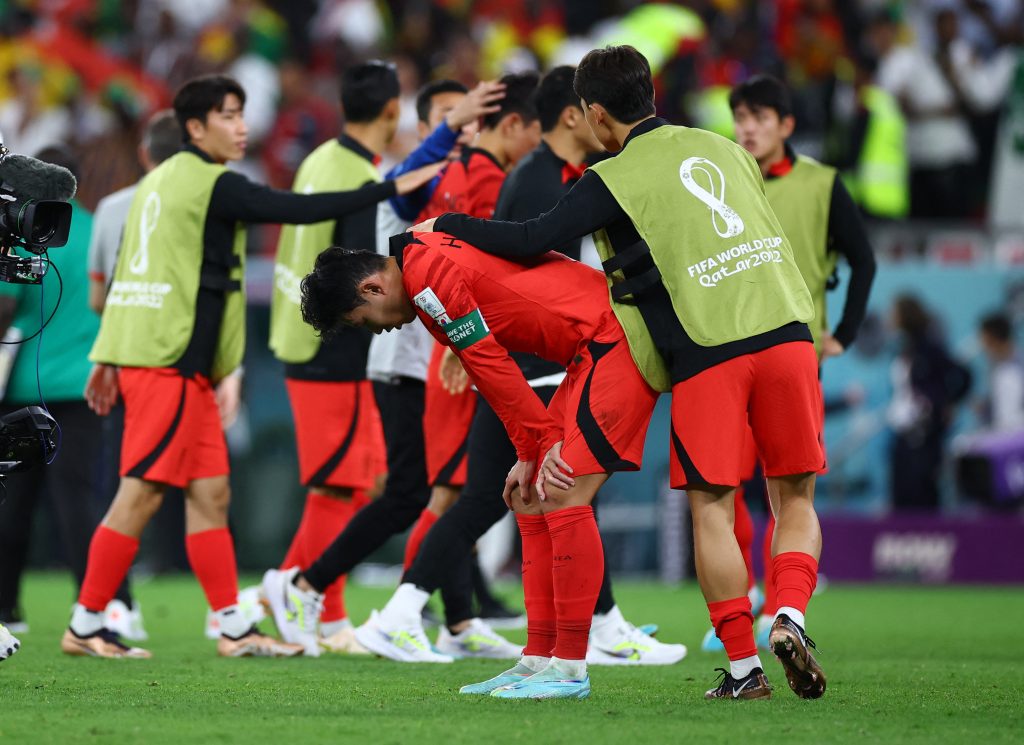 Portugal, who has already qualified for the 2022 World Cup, will take on South Korea on Friday in an effort to take first place in Group H.

South Korea must defeat the European nation to have any chance of making it to the round of 16, while Fernando Santos’ team only needs a point to guarantee finishing first in their division.

On November 24, South Korea drew 0-0 with Uruguay to begin their Group H campaign before losing to Ghana on Monday in their second competition game.

Just past the hour mark at Education City Stadium, Paulo Bento’s team came from two goals down to tie the game . However, Mohammed Kudus’s second goal of the game in the 68th minute gave Ghana the victory and put them in a strong position to join Portugal in the round of 16.

South Korea is tied for third place in the division with one point remaining, although they can still advance to the competition’s knockout stage. In fact, Bento’s team must defeat Portugal to have any chance of moving on. If they succeed in doing so and Uruguay defeats Ghana, then the two teams would be separated by goal differential.

The Tigers of Asia last advanced to the round of 16 in 2010, while their most recent two World Cup appearances ended at the group stage.

Given the strength of their opponents, it was always going to be difficult for them to advance from this group, but they are still in the running at this point, and the fact that Portugal has already qualified may work in their favor on Friday. Portugal, as previously indicated, has already qualified for the competition’s knockout stage, but with a win or a draw in this game, they would ensure first place in the group.

Bruno Fernandes scored twice for Portugal in a 2-0 victory over Uruguay on Monday to guarantee their place in the tournament’s final 16 round. The squad leads the section going into the last matchday, three points ahead of second-placed Ghana, who are in a strong position to clinch the second qualification spot.

A Selecao placed third in the World Cup in 1966 and fourth in the competition in 2006, but they haven’t advanced past the round of 16 since that time and two of their most recent three World Cups have ended in the first knockout round. In 2014, they didn’t even make it out of their group.

Portugal was not viewed as a favorite going into the tournament, but they have impressed in their first two games and will undoubtedly be hoping to finish their group stage campaign on a high note against South Korea.

Portugal is going to have a difficult time in this game since South Korea will have to put in a lot of effort to win. There is little doubt that Bento’s team is capable of winning, but Portugal has the better team overall, thus we anticipate that they will advance to nine points in the group.