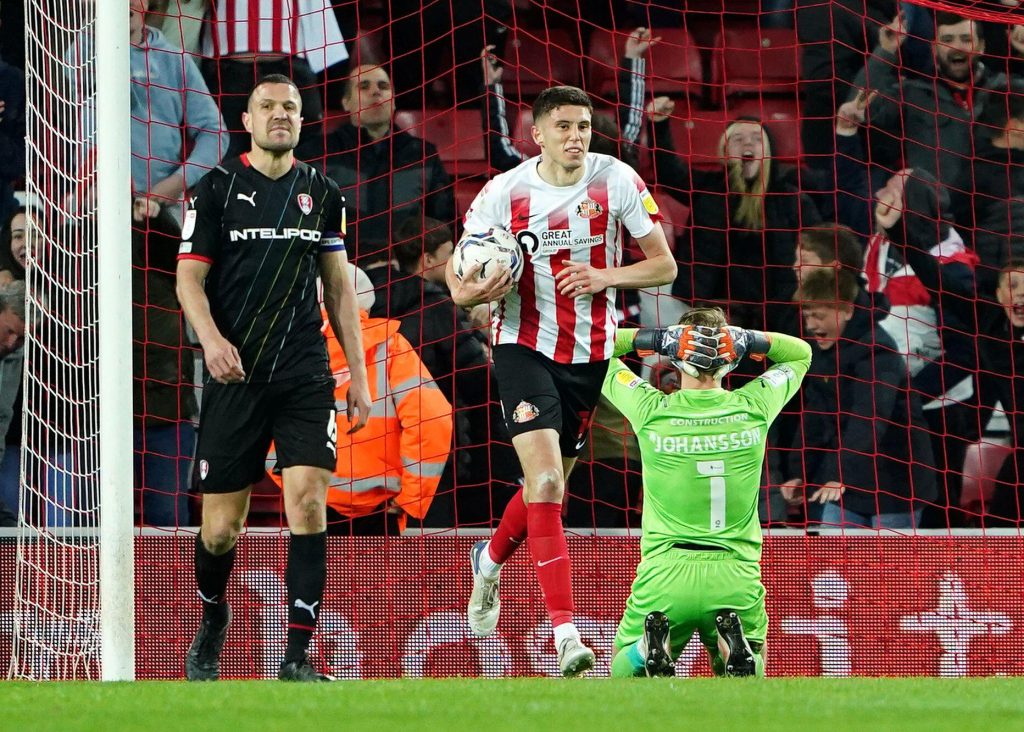 On Wednesday, Sunderland will host Rotherham United at the Stadium of Light following the abrupt departure of manager Alex Neil.

In their second match without the Scotsman on the sidelines, the Black Cats will look to continue their winning ways after the two newly promoted teams enjoyed promising openings to the Championship season.

After hiring Alex Neil as manager in February, Sunderland went on an impressive run of play to qualify for the League One playoffs and subsequently return to England’s second division by defeating Wycombe in the championship game at Wembley.

The Black Cats would carry that form into the new campaign, making a strong start in the Championship with eight points from the first five games. They added to that total with a 1-0 victory away at Stoke City thanks to a goal by Ross Stewart just before halftime.

When the manager position at Stoke became available, Neil was immediately connected to the position in Staffordshire; as a result, they entered Saturday’s match against Norwich City at home without him present at the Stadium of Light.

Joshua Sargent finally scored in the game’s 76th minute, and the Canaries held on to earn all three points before the Scottish manager’s departure was formally revealed on Sunday.

The Black Cats, who are now looking for a new manager to take over at the Stadium of Light, will try to get back on track against a team that gained promotion back to the Championship last season on Wednesday.

After a string of promotions and relegations under Paul Warne, Rotherham United travels after having their own strong start. They hope to finish the season in the second tier for the first time since the 2015–16 season. After drawing 1-1 with Swansea City at home to start the season, they were forced to postpone their trip to Coventry City.

The Millers then defeated Reading 4-0 to earn their first league victory. Goals from Richard Wood, Conor Washington, Jamie Lindsay, and Chiedozie Ogbene were the catalyst for this victory.

The South Yorkshire team crashed out of the EFL Cup against Morecambe and resumed to league play on Saturday at home against Birmingham City after drawing away at Preston North End and Queens Park Rangers.

Richard Wood scored the game’s first goal in the 28th minute, and the Millers added a second goal in the second half to secure their second three-point outing of the year and their unblemished record.

In their quest to establish themselves in the second tier, Rotherham United now have nine points from their first five games, have only given up two goals, and have not yet suffered a defeat. They will look to build on this strong start on Wednesday.

After Neil’s resignation, the mood in the Sunderland camp may not be the best. Despite this, the Millers should be able to snag a point in their difficult midweek trip to the Stadium of Light thanks to their early-game confidence.