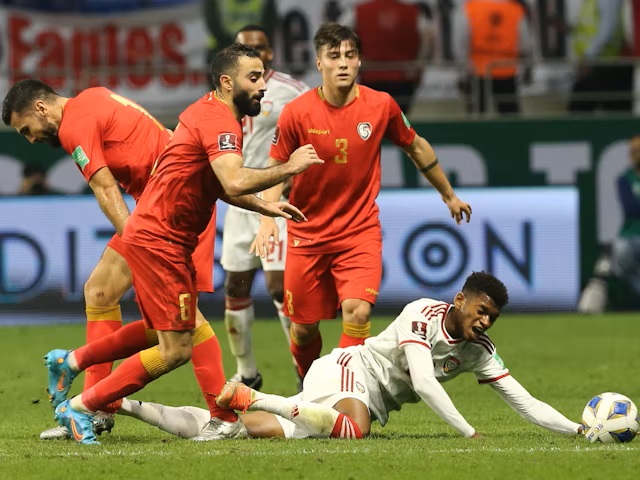 This international friendly game is taking place as both teams prepare for the future because neither country has qualified for the upcoming World Cup, which will be held in nearby Qatar.

Syria Vs Belarus Tips and Prediction

Syria has made some progress since dropping to a historic low position of 152nd in the FIFA World Rankings in March 2015, rising as high as 68th in July 2018.

However, Syria’s football team has definitely suffered greatly from off-field issues, as its inability to play on home soil since a 1-0 loss to Iraq in December 2010 is a clear indication.

The Qasioun Eagles’ performance was admirable even though they didn’t make it to their first-ever World Cup, as they finished ahead of China in Group A during the second round to earn an automatic qualification position for the Asian Cup the following year.

Syria avoided placing last in Group A by ending with a superior goal differential than Lebanon, whom they managed to defeat 3-0 in Sidon in what was their lone victory from 10 games, in the crucial third and final round.

Hussam Al Sayed, who was appointed in August of this year, will have a great chance to redeem himself after losing to Jordan and Iraq in their most recent games in upcoming friendly against Belarus and Venezuela.

Since its establishment as an autonomous football nation in 1992, Belarus hasn’t participated in a significant international competition.

The closest they’ve gotten was during the 2002 World Cup qualifying round, when a 1-0 loss to Wales on the final matchday prevented them from passing Ukraine into second place and missing out on the opportunity to compete in Japan and South Korea via a play-off.

Over the next two decades, the White Wings’ reputation has steadily deteriorated. Most recently, they lost seven of their eight World Cup qualifying games this winter, placing them last in Group E, and they were recently demoted to the fourth division of the league after failing to win a game in the Nations League.

Although they were placed in Group I of the Euro 2024 qualifying tournament alongside Switzerland, Israel, Romania, Kosovo, and Andorra, upcoming friendlies against Syria and Oman offer excellent chances to boost confidence before competing in one of the weaker European groups on paper.

It is unlikely that there will be a drama in Dubai because both clubs are resting numerous important players for this friendly.

However, Belarus’ team clearly has more experience, and they should also have a little bit more talent than Syria.