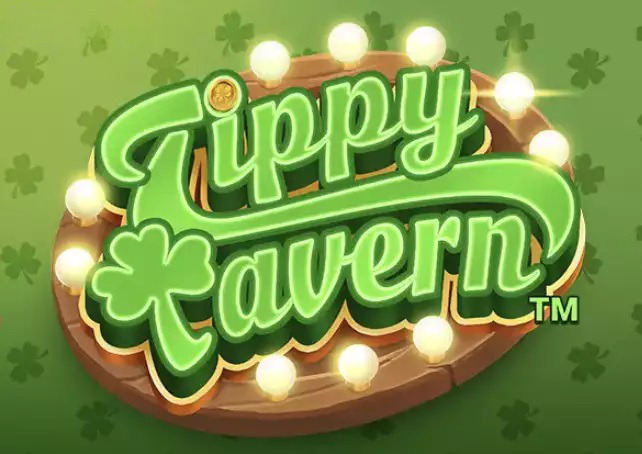 Yey players! We have a new online slot game from our partner, Snowborn, called Tippy Tavern. This game is full of coins, leprechauns, and other fun elements. It’s similar to Snowborn’s previous match, Pile ’em Up, which featured a coin collection feature, free spins with an additional coin collection, and a bonus round called The Happy Hour Bonus. If you haven’t played Pile ’em Up, come and check out Tippy Tavern and see what it has to offer.

Snowborn has released a series of cute games such as Cat Clans, Cats of the Caribbean, and Peaky Pigs. Their latest game, Tippy Tavern, features a leprechaun as the main character and includes iconic symbols often found in games with a leprechaun theme, such as beer, pipes, clovers, harps, and pots of gold. The visuals in Tippy Tavern have the trademark Snowborn simplicity and are pleasing to the eye with a cheerful design. Although the theme may be somewhat cliche, Snowborn has done an excellent job of creating a positive first impression with Tippy Tavern.

Upon examining the stats closely, we noticed that Tippy Tavern does not differ significantly from Snowborn’s previous game, Pile ’em Up. While this isn’t necessarily bad, it is worth noting that the maximum return to player (RTP) for Tippy Tavern is 96.22% (though lower configurations are available). The math model is geared toward players who prefer highly volatile games. It’s also worth noting that some of Tippy Tavern’s features are saved at the current bet level, so it may be worth spending some extra time determining the appropriate stake, which ranges from 20 p/c to £/€30 per spin.

Tippy Tavern is a 5-reel, 3-row slot game with 20 paylines. It is possible to create wins with combinations of three to five matching symbols, and the lower-paying symbols on the paytable are bottle tops with ( J, Q, K, and A ) , which pay 1-3.75x the bet for a line of five. The next set of symbols is traditional Irish-themed items such as a pipe, four-leaf clover, harp, and dice, worth 12 to 20 times the stake for five-of-a-kind. Wild symbols appear in the base game and during free spins, and they can substitute for any paying symbol or create wins of their own, with a top prize of 111x the bet for five wilds on a payline.

Tippy Tavern includes several unique features, including the Coin Symbols & Collect feature, Coin Booster, Free Spins, and a Happy Hour Bonus round. These features add excitement and the chance to win big prizes to the game.

Coin symbols can appear in the game and have values ranging from 0.2 to 50 times the bet. If a coin symbol lands at the same time as a collect symbol on the fifth reel, the value of the coin symbol will be awarded.

The scatter icons  shows up on reels 1, 3, and 5. If all three scatter symbols land, it triggers nine free spins, and the current Coin Booster multiplier is carried over. Landing 2 or 3 scatter symbols during the free spins feature will award the player an additional 3 or 9 free spins. All coin symbols collected during the free spins round are added to the Respins Pot, and when the game ends, players have the chance to win the total value of the Pot multiplied by the Coin Booster.

The Happy Hour Bonus round is triggered when a bonus symbol appears on each reel over multiple spins, and the current Coin Booster is carried over. The bonus symbol collection feature is saved at the current bet level. The Happy Hour Bonus round starts with three initial spins, which reset whenever a symbol lands. Coin symbols stick to the reels until the end of the feature, but 1UP symbols are not sticky. When the initial spins have been used up, the total value of the sticky coin symbols is multiplied by the Coin Booster and paid out. If all positions on the reels are filled with coin symbols, the round ends and coin symbols are transformed into 50x coins. The total value is then multiplied by the Coin Booster and awarded.

It seems like there have been a lot of copies, clones, or reskins of games recently. Tippy Tavern is an exceptionally pure clone of its predecessor, Pile ’em Up, as almost everything about the game has been copied, except for the audio and visuals. While the game is still enjoyable to play, it might have been nice if Snowborn had added something new to the game to make it feel fresher and more enjoyable. Understandably, they wanted to create a game similar to Pile ’em Up, but it could have been more engaging if they had included some unique elements as well.

Overall, Tippy Tavern is a good game with plenty of features and action. The Coin Booster Multiplier adds an extra layer of excitement and the potential for bigger wins. The Coin Booster also enhances the Happy Hour Bonus round. While neither Tippy Tavern nor its predecessor, Pile ’em Up, are groundbreaking games, they are enjoyable and offer the chance to win up to 7,500x the bet. They have a light-hearted, fun atmosphere that makes them easy to play. Tippy Tavern may be more popular with a broader audience due to its Irish-themed theme.

Overall, Tippy Tavern is just as enjoyable to play as Pile ’em Up since it is essentially a copy of that game. However, if leprechauns are a personal favorite, Tippy Tavern might be more enjoyable due to its Irish-themed theme. There seem to be quite a few fans of leprechaun-themed slots, as many such games are available.