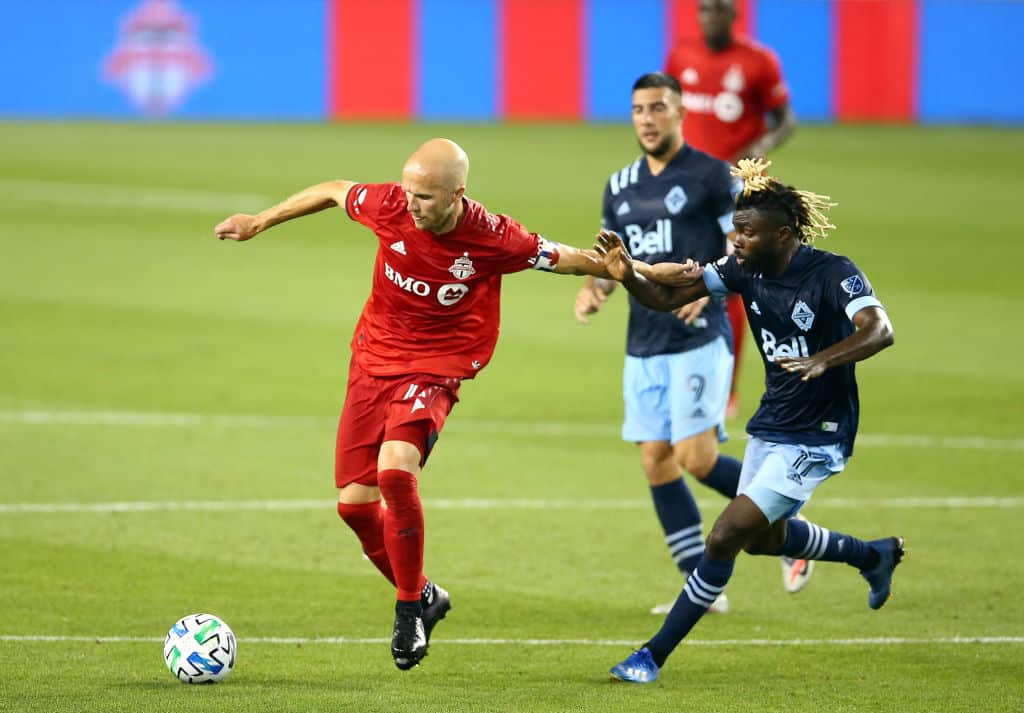 When Toronto hosts the San Jose Earthquakes at BMO Field on Saturday in Week 19, the two weakest defensive units in Major League Soccer will square off.

The Reds have surrendered 34 goals after 18 games in 2022, one fewer than San Jose, and both teams have the same number of points (18) in their respective conferences.

One of Toronto’s few constants this season may have been their defensive flaws; they have conceded at least one goal in 26 straight MLS games, which is tied for the sixth-longest record in league history.

After winning their previous two games at BMO Field in all competitions, they struggled to find any form of rhythm against the Seattle Sounders on the first weekend of July, losing a home match for the second time in a row (2-0).

While Toronto’s new arrivals have generated a lot of optimism, Bob Bradley still needs to concentrate on improving their defensive form because recent turnovers have been a big problem for them.

Their lack of confidence on the back end was only exacerbated by giving up two goals to the Eastern Conference’s lowest-scoring team (Columbus Crew), and then failing to hold off a frequently rotated Rave Green outfit.

It might be simple to forget that they have improved from a year ago when defeats and goals appear to pile up after every game.

While the Reds are matched for fifth place in the Eastern Conference with 24 goals scored, TFC are beginning to seem more and more at ease in a Bob Bradley system as they have won their fair share of balls in the middle of the field and put together some solid build-ups.

You have to question if the front office was too late in making that coaching move when you compare where the Quakes are right now under Alex Covelo to what we witnessed at the beginning of the year under Matias Almeyda.

In nine of Covelo’s 13 games in charge, San Jose has earned a win or a tie after starting the year 0-4-3 with Almeyda in charge.

However, when we look at this team in the present, we can see that they have shown modest improvements on the back end, conceding a goal or fewer in two of their last three games. Unfortunately, you cannot dwell on the past, but must instead focus on the future.

San Jose was able to keep the Chicago Fire outside for the most part last Sunday despite allowing six shots on target against them. They also did a great job of blocking the passing lanes in the middle of the field, as the Fire’s pass accuracy was only 71 percent.

The Goonies have only lost one game at home all season when scoring multiple goals, so if they can score more than once throughout 90 minutes, they have a good chance of winning.

The Quakes have only won one game all season in which they were behind at halftime, but they have responded effectively when they conceded a goal in the closing stages, rallying to collect eight points in 2022 while trailed.

Both of these teams let their opponents to shoot at will inside their own penalty area, which gives them many parallels in terms of attacking third quality.

Given that the Reds have won all five of their regular season games at BMO Field and the Goonies have yet to win on the road, where they have failed to score on five occasions, we are giving the Reds a slight advantage in this matchup.