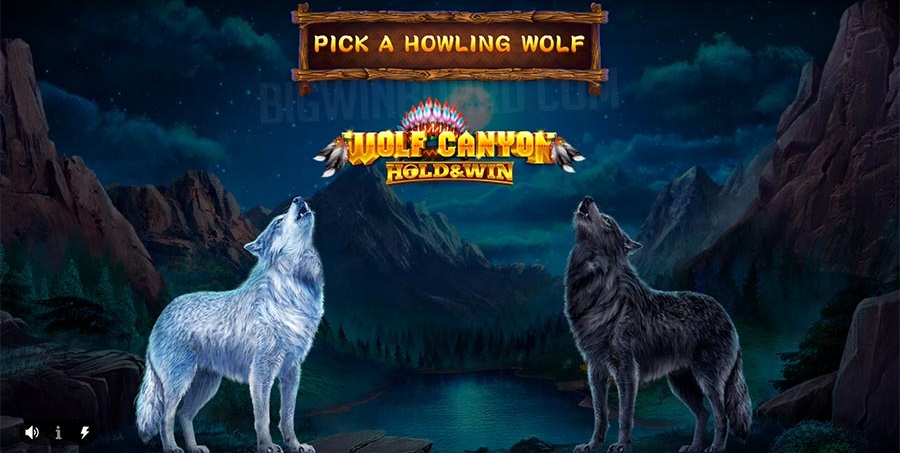 iSoftBet has amassed a sizable selection of Hold & Win slot machines, and they will continue to do so in the future. Wolf Canyon is their most recent game, and it appears to be a wildlife/North American oriented release. Beyond the standard functions and theme, I believe you will be pleased with the potential of its spins.

Wolf Canyon features 5×3 reels with a total of 25 active lines, and you might win up to 8,888x your bet if you take advantage of everything it has to offer. Regular and stacked wilds, quick cash rewards (Dreamcatcher), free spins, and Hold & Win respins can all be found in this game.

The payouts advertised in Wolf Canyon appear to be rather good, and you may win up to 8,888x your bet if you’re lucky. This would almost certainly necessitate using the Hold & Win option and claiming the best prizes available. The Dreamcatcher award is a random way to get it.

Totem Wilds are one of the special symbols you’ll come across in this game. They serve as substitutes and can only be used in conjunction with conventional symbols. These are entertaining because they expand and take up the full reel. However, because they only appear on reels 2-5, no direct payments are possible.

Dreamcatcher is a random feature that awards prizes ranging from 8 to 8,888 times your stake. It’s a cash prize right now.

A Wolf Feature selection is also available, but three scatter symbols on the reels are required to enter. You choose one of the two wolves, white or black, and the number of free spins or Hold & Win respins is revealed.

Respins are used in the Hold & Win function. It is triggered by a number of money symbols (in this case, Cash Moon icons) appearing in large quantities on the reels (5+ symbols). Each of them receives a prize, and it becomes sticky for the three respins that follow. When new money symbols land, you go through respins and reset them to three remaining. When this feature appears, all money symbols become sticky.

The feature finishes when you run out of respins or if you fill all 15 positions on the reels with money symbols. Every single money symbol present at the time pays you. If you match the qualifications, you might win a jackpot worth up to 1,000 times your wager.

The free spins feature awards you 8 to 12 rounds, with 25 to 100 more wild symbols added to the reels. Three or more Wolf scatters will also retrigger the feature.

This slot machine is not unique in the gaming industry, with the wolf as its main figure and appearing in numerous variations among its symbols. Frequently, there is a Native American link, which may be seen here, particularly in the Totem Wilds that can appear. Three wolf symbols, a Native American woman, and five Royals are included (9 to K). Totem Wilds, the game logo, and Cash Moon will all appear as feature symbols.

Wolf Canyon is one of iSoftBet’s many Hold & Win slots, but it contains some additional features as well as some extremely good top payouts.